A promising startup with a profitable solution to carbon emissi ons.

Photosynthesis. That is how plants produce oxygen and other useful products from water, sunlight and carbon dioxide (CO2) in the air. It’s what sustains plant life—and us—providing all three elements are in the right balance. And there’s the rub.

Every year, American industries inject more than 5.3 billion tons of CO2 into the Earth’s atmosphere, pushing the planet closer to the tipping point: a 2°C increase in global temperature that disrupts agriculture, raises sea levels and dramatically alters weather patterns. But what if we could replicate photosynthesis, this time at warp speed, to crack CO2 into its basic components and reassemble them to create plastics, natural gas and jet fuel?

In 2019, after three years of lab work, Opus 12 unveiled a dishwasher-sized electrolyzer using specially designed membranes, metallic nanoparticles (catalysts) and electricity. The device can convert the equivalent amount of CO2 that 750 trees can photosynthesize into sugar in just one day. The company is developing a larger unit that will have the conversion capacity of 37,000 trees.

Opus 12 completed a successful proof-of-concept demonstration with Southern California Gas Co., the country’s largest natural gas distribution utility. The two firms are now in talks to develop an electrolyzer for a field demonstration that could upgrade biogas collected from farms, landfills and wastewater treatment facilities into natural gas for home heating and transportation fuel. 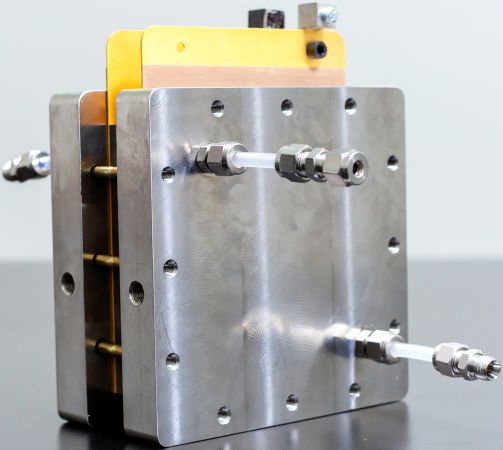 “This larger unit we are developing will handle one to 10 tons of CO2 per day,” says Cave, who earlier in her career worked in Antarctica for the United States Antarctic Program and Raytheon Polar Services. “Within a few years, we expect to have a unit capable of servicing an office building and converting thousands of tons of CO2 every day.”

But getting just to this stage of commercialization hasn’t been easy. The venture capital model that made Silicon Valley what it is today is less supportive when it comes to funding “hard technology” companies like Opus 12. The firm has relied on philanthropic and government funding from NASA, National Science Foundation, the U.S. Department of Energy and others. 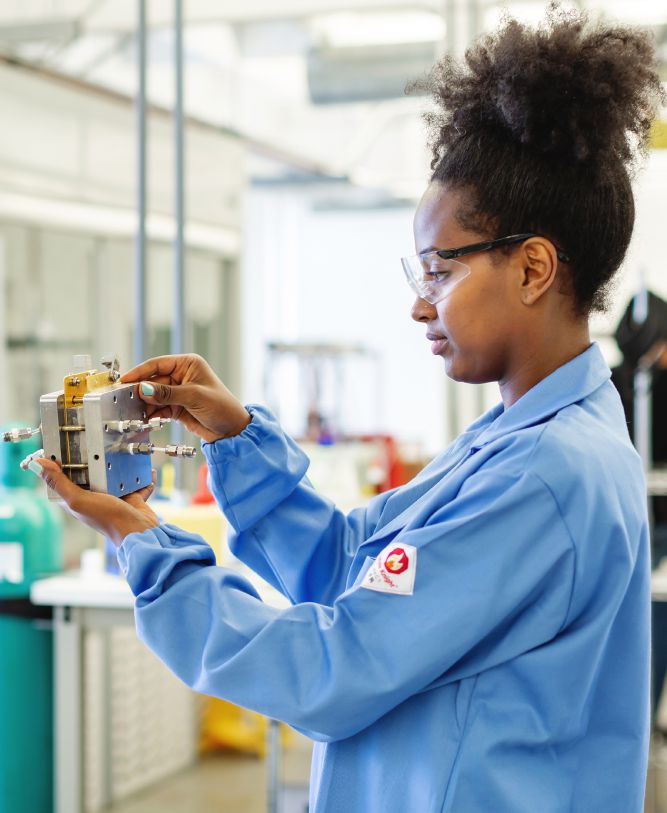 There’s a strong case for significant investments in clean technology. The environmental benefits of carbon capture are clear. So, too, is the economic potential. From among the 16 molecules the Opus 12 founding team identified, the company is focusing on the three highest-value components: synthetic gas, methane and ethylene, a precursor for most plastics. Cave and her colleagues estimate a $300 billion market for their technology, which could offset 1.5 billion tons of CO2 emissions annually from the chemicals market. The path to fully deploying the emerging array of carbon-conversion technologies on a global commercial scale will require money, time and a combination of solutions. Cave cited as one example the “one trillion trees” proposal at this year’s Davos World Economic Forum. However, she pointed out, it will also take enormous amounts of arable land to plant those trees and then an average of 30 years for them to mature.

“There has to be a fundamental shift in how we fund the development of clean technology. Private investment firms need to be a bigger part of the mix, along with project financing, public funding, government grants and fellowships. Climate change is an issue requiring a response on the scale of the Marshall Plan,” says Cave, referring to the multibillion-dollar effort to rebuild Western Europe after World War II. “We have a lot of challenging problems ahead of us and we’ll need more people involved in the tech space to help us solve them. We’ve got many more miles to go and a lot more to do.”