Multicultural advertising firm has longstanding history with the Honda and Acura brands.

Orcí was formed in 1986 by now-Chief Executive Officer Andrew Orcí’s (left) parents in 1986. With his mother on the creative side and his father with a business background, they saw a greater opportunity in creating targeted advertising for the Hispanic community. Over the past three decades, and most recently with Acura, Orcí has launched both brands to leaders in the Hispanic segment. “Honda was very much a pioneer in the Hispanic space,” Orcí said. “They saw the opportunity and went after it.”

The communications company started in traditional advertising, but has since evolved to work with digital advertising, social media, community management and content development. Orcí does a lot of social media work with American Honda in particular and has recently expanded to working in the auto export market within Latin America.

“There’s a tremendous amount of growth in this area,” Orcí said. “Nine out of the top 10 markets are a minority majority, such as Los Angeles, New York and Miami.”

The Latino market also is one of the fastest growing in the United States. Honda auto sales has experienced 44% growth in the Hispanic market over the last six years, according to IHS Markit. On the Acura side, sales have grown 13% in 2019 alone compared to 2018.

“We work with Orcí daily,” said Honda Marketing Manager Meliza Humphrey. “They have valuable experience and knowledge of the audience and being able to stay authentic to the Hispanic community in a way that’s recognizable—not just with language, but also staying aligned with the traditions and values of the Hispanic market.”

Humphrey, who oversees Honda’s multicultural, regional and national marketing teams, is Puerto Rican herself and feels it’s important to showcase the different cultures within the Hispanic community. “Orcí is a great partner, and they have Honda’s best interest in mind and in heart.”

“We’re really proud to know Honda supports doing the work that shows our audience in an authentic and inspirational light,” Orcí said. 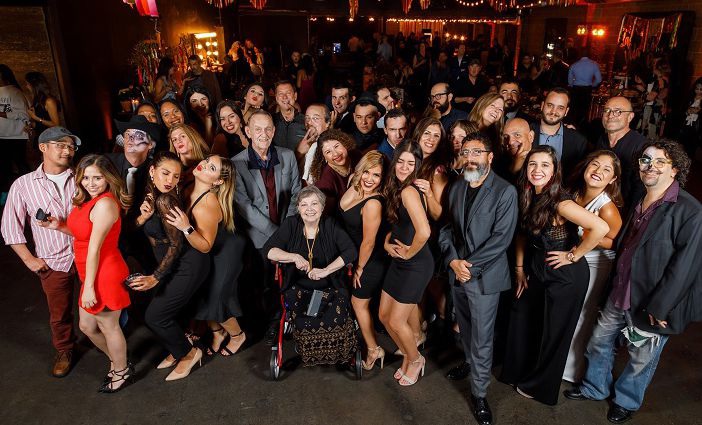 THE ORCÍ TEAM CELEBRATES TOGETHER AT AN EVENT»

Orcí is a certified minority supplier through the National Minority Supplier Development Council (NMSDC), which Orcí said has been a great way to meet other minority-owned companies and support others in the community. “It puts us in a great position to say we know these communities because we are a part of these communities,” he said.

Some of the highlights from the Orcí and American Honda partnership includes winning two Imagen awards for both Honda and Acura campaigns, and launching the @HondaLatino social channel on Twitter and Instagram to connect the Hispanic community with the brand. Hector Orcí, Andrew Orcí’s father and co-founder of the company, was recently inducted into the Advertising Hall of Fame.