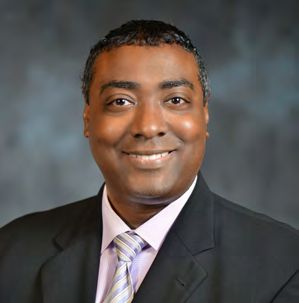 Wassel Lewis believes that since we live in a country that is extremely diverse, it makes sense to have a workforce and supplier base that reflects that diversity. As director of Strategic Sourcing and Procurement at Aflac, his vision is to instill that notion and make it part of the company’s overall business plan and culture going forward.

“Supplier diversity is extremely important to Aflac because we believe it’s the right thing to do for the communities in which we serve. However, it is also a business consideration. Today’s marketplace is as diverse as it has ever been, and we want to reflect that in our workforce and through the suppliers that represent our brand. It is a key pillar of our overall growth strategy,” Lewis said.

Aflac’s supplier diversity initiatives include aligning its supplier diversity program with its strategic sourcing process to ensure that all suppliers are included. The company has also included its commitment to supplier diversity within its contractual language. Lastly, Aflac, whose headquarters is in Columbus, Georgia, sponsors and participates in the community through the Georgia Mentor Protégé Program, mentoring diverse suppliers within the state. Each of these programs has been extremely successful in growing the company’s supplier diversity presence. In 2013, the Georgia Small Business Development Council (GSBDC) and the University of Georgia recognized Aflac for supporting the GSBDC and Entrepreneurs in Georgia.

“The landscape of the U.S. is changing where we are seeing a considerable amount of growth from diverse suppliers including small businesses. Therefore, with that in mind, my work on diversity is a key component of the business plan for Aflac. It is simply the right thing to do and working for a company that understands that is gratifying and inspiring,” he added.

Lewis began his career with Aflac more than 10 years ago as a project manager, implementing large-scale transformational initiatives. He soon joined the company’s Strategic Partnerships organization and now leads a 60-person team focused on managing interactions and performance within Aflac’s supply base, ultimately driving savings and innovation that will increase the company’s competitive advantage. Although it’s not a path he envisioned when he began his career designing and configuring Local and Wide Area Networks, Lewis’ experiences prepared him for his current role.

“My technology background has helped me in managing large-scale projects, designing and building systems and leading teams from the planning stages of a project to execution. [The] technical field requires a certain discipline and it builds your reasoning skills,” Lewis said.

Supplier diversity may not have been in Lewis’ original career plans, but as the supplier diversity leader for the $23 billion supplemental insurance company, he has excelled and is firmly committed to advancing diversity at Aflac and beyond.

“Corporate champions can change the face of supplier diversity. I want to make a difference leading teams and increasing Aflac’s competitive advantage via revenue and cash flow performance. And the fact that I get to do this while, at the same time helping build diversity within Aflac and externally is very rewarding,” he said.