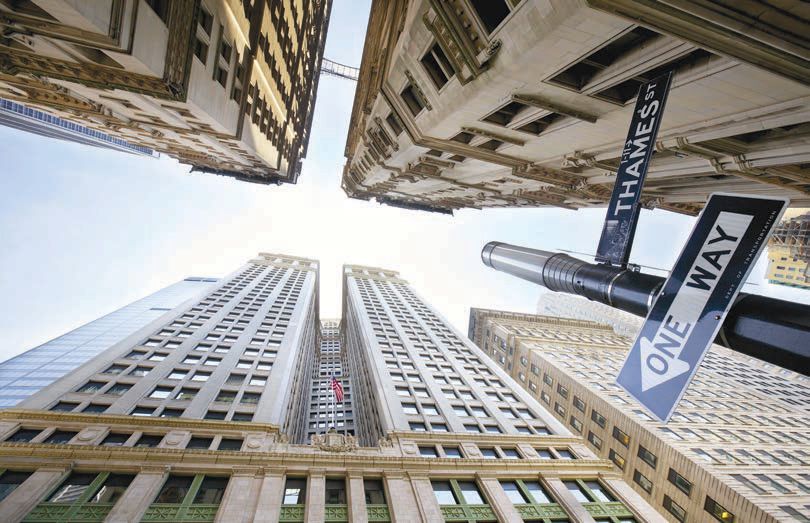 You may not know her name. But you know her work, particularly if you live in urban America. And after you learn about her, you’ll never forget her.

For more than four decades, Dr. Beverly Scott has changed the way many of us commute in Atlanta, New York City, Boston and several other cities. But hers was not an easy road.

She fought ardent and persistent racism and sexism, only to emerge as one of the nation’s most respected transportation leaders. But it all began in Tennessee.

According to an interview in the book Boots on the Ground, Flats in the Boardroom: Transportation Women Tell Their Stories, “I was minding my own business as an assistant professor in government and public affairs at Tennessee State University when I was selected for a Carnegie Foundation fellowship to learn about city government. When they asked what city department I wanted—this is late 1976—and one of my main concerns was that I didn’t want to be in a ‘relations’ area because most women and people of color were in relations areas back then. So, I told them I wanted to be in transportation or sanitation because they were ‘nontraditional’ areas for people like me, and I knew we’d always be moving people and trash.”

Scott joined the Houston Office of Public Transportation, and it was a test of courage. Though relatively new, the renamed Houston METRO asked her to represent the authority at a meeting to locate a bus maintenance facility in Hiram Clarke, a wealthy black suburb. Scott knew instantly she was chosen because of her color—everyone else on the team was white, including the presenter who referred to Hiram Clarke residents as, “You people” during his presentation. The meeting did not go well, but it left an indelible mark on Scott.

“There are certain events that will always stay emblazoned on my memory, and the Hiram Clarke garage is one of them. When he said, ‘You people,’ it was like the words crystalized in the air.

Gunn chose Scott to lead New York’s Metro Transit Authority Civil Rights and Affirmative Action Program in the wake of a major scandal. More importantly, he gave Scott authority. Programs like this often pay lip service to civil rights and affirmative action. But Gunn believed in both, so he gave Scott vast powers. In one particularly illustrative moment, Scott addressed a conference full of contractors who were waiting for approval on a multi-billion-dollar contract. They wanted to go over her head directly to Gunn. He left the room, but dropped this on them first, “If she doesn’t give me her approval, then you don’t have this deal.”

Gunn later named her as the first woman vice president of Surface Transit in New York City. She followed that up with executive leadership roles at New Jersey Transit and the Washington Metropolitan Area Transit Authority.

Facing severe funding shortages and a complete lack of local system control, Scott found herself in a virtually impossible situation. But her training, experience and creativity served her well.

Wanting the entire city—from commuters to legislators—to know exactly what budget cuts would mean to the system, she organized a group of volunteers and MARTA retirees to paint huge red Xs on a third of MARTA’s buses and trains to illustrate precisely what would be cut from service. It worked. And she became a legend in Atlanta and transportation. Scott expected to retire from MARTA. But, in 2012, the Massachusetts Bay Transportation Authority (MBTA) needed help. Scott answered the call.

Her first day as CEO/general manager of the MBTA was Dec. 17, 2012. In early February 2013, winter storm Nemo brought 25 inches of snow. On April 15, the Boston Marathon bombing took place. The following winter Massachusetts experienced one of the most extreme winters in its history with a record-breaking 110.3 inches and persistently below freezing temperatures. Without question, her tenure there was one of the most challenging in transportation history. But she weathered it with typical aplomb, honesty and resolve. Scott retired from the MBTA in 2015. Today, she leads Beverly Scott and Associates, an infrastructure-focused executive management consultant practice

“I was just speaking at an executive leadership session yesterday, and one of my recommendations to the participants was to be comfortable in your own skin—to ‘do you and be you.’ Authenticity, honesty and straight talk are attributes I have always brought to the table. They have served me well and helped me stay grounded. Also, smart leaders never stop learning and every experience has lessons, particularly the rough ones. But while individual leaders are certainly important, my big picture focus is less on individual personalities and more on the work done to advance things that really matter.

“I like to say, ‘We are not the it!’ And we must bring the same leadership focus and intentionality to the table—without apology—to ensure that all people and communities benefit—with a real care for our most vulnerable and high-needs communities. While I absolutely believe in and support significantly increased infrastructure investment, my experience is that simply increasing funding does not necessarily result in equitable outcomes. Job creation, shared prosperity, healthy communities, environmental sustainability and resilience, and global competitiveness—that’s the real ‘it.’ And that extends well beyond transportation and infrastructure.

“Finally, our world is changing by leaps and bounds—much of it brought on by shifting demographics, lifestyles and the rapid development and deployment of new technologies. In my estimation, any successful leader has to understand these new realities and proactively embrace them. That’s not always easy, but it’s absolutely necessary.”

Her name is Dr. Beverly Scott. And now that you know her name and her work, you’ll never forget her.