Despite the detours, the entrepreneurial drive is alive and well in Tip Jones.

The term “serial entrepreneur” is used so often it borders on cliché, but it really is the most accurate term for Tip Jones. A visit to her website instantly gives you a snapshot of how diverse her talents are. Business coaching, web/graphic design, book publishing, service and brand promotion, events for women entrepreneurs, getting your business off the ground and my personal favorite: boosting your confidence, are some of the choices you are offered on her home page. Tip has developed a career path around her greatest passion: helping Black women entrepreneurs be as successful as they can be.

This dynamo began her business career at the tender age of 13 with her first endeavor—a dance class. When other children in her Bronx neighborhood found her practicing her dance moves in the park near her home, they asked if she would teach them. Her mom gave her a first lesson in entrepreneurship when she asked how much Tip was charging. “It hadn’t occurred to me to charge anything,” Tip notes. “But Mom showed me that I was providing value and that was worth something.”

If she had a need and she couldn’t find a solution that was a good fit, Tip created the solution and then put it to work. “It just made sense to me that if I was looking for something, other Black women were probably looking for it too,” Tip says. “If it doesn’t work out, then I let that idea go for now and focus my energies on the other ideas.” For Tip, failure isn’t a stopping point, it’s just a fork in the road.

Tip is the first to admit, the path to the confident, successful woman you see today has not been a straight line. There were a few detours. Drastic changes in her family’s earnings during her childhood, the loss of everything except the clothes on her back from a house fire and battles with depression and suicide in her early twenties have all presented her with challenges that stalled the progress she envisioned for herself along the way.

“I had this very defined idea of what I was capable of,” Tip explains. “As life took me in different directions, I could not see how I would ever bridge the gap between my ideal and my reality. I could not understand why my capabilities were falling short of what I knew I could do.”

But each time, Tip just kept going and never let go of her belief that she could, in fact, “do anything.” The result—a number of services under the umbrella of Tip Jones Global that have a unique twist. For example, she was committed to using companies that had Black women owners for her events and business services. She became frustrated by the difficulty in finding those businesses and the requisite fees charged by organizations to access a list. In 2018, Tip developed OwnHers®, a marketplace of Black women-owned businesses for everything from high-end video to dog-walkers. The fee is less than your combined Amazon Prime and Netflix subscription.

Likewise, when Tip had difficulty finding events that had the focus on women’s business development that she was looking for, she developed The EnVision Experience. This one-day gathering in Charlotte, North Carolina has a mission to encourage women entrepreneurs (aka “OwnHers”) to plan their next decade with courage, boldness and purpose while being provided resources to cultivate that plan. For “OwnHers” who would like a deeper dive, there is Emerge: The Luxe Island Retreat. This is a seven-day immersion in Luquillo, Puerto Rico to hone both business acumen and self-care. 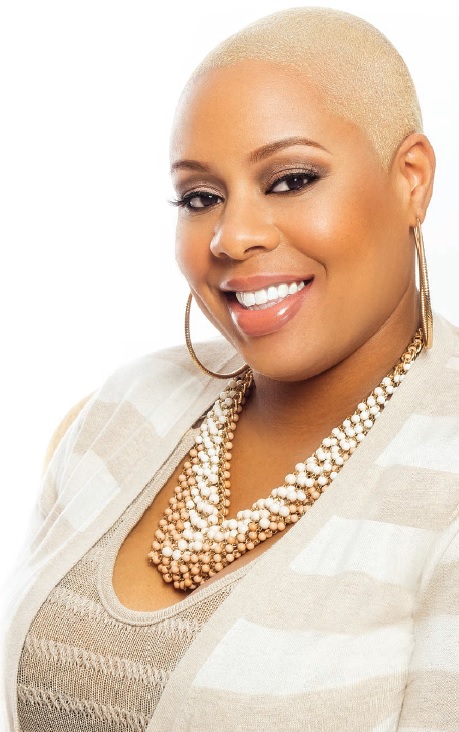 Despite some of life’s obstacles. Tip Jones never lost her belief that she could/do anything.”»

A supplier diversity professional, author, speaker and mentor, Tip isn’t slowing down anytime soon. In each of her business endeavors she brings a true sense of self, an appreciation of the blessings and a disregard of the noise that can distract. That’s the best kind of serial activity we have seen.