It has been said that American actor Denzel Washington hasn’t received the accolades he deserves because he makes acting look so easy. Like a great performance, great leadership leaves ego at the door to focus on the job and the people who make it happen. It is no surprise then that public utility company American Water, under the leadership of Chief Procurement Officer Josh King, has been so successful in its supply chain and supplier diversity strategies.

King is a Navy veteran and the military is intertwined with his education at Virginia Tech where he earned his Bachelor of Science in naval architecture and marine engineering. He followed that with his MBA from Villanova University after his 9/11 deployment. It was during his education that he had his first supply chain class and found he liked it.

“Engineering is understanding how something is made,” King explains. “Supply chain got into the business and economic aspect. I also liked the negotiation.” It made use of one of King’s early tenets that has led to his leadership success—he listens. Converse with King and you learn quickly that he listens, asks questions, and then listens to the answers.

In 2006, King left the Navy and headed home to Philadelphia, Pennsylvania. He took a job at an Amazon Distribution Center as an Operations Manager. “The management turnover was 60%,” he recalls. “It could really burn you out.” He was headhunted by a company looking to hire veterans. The job was for an energy consulting organization. It was interesting, but the six-figure airline miles each year got old quickly. “It’s hard to keep any kind of life balance when you travel that much,” King admits. He went on to Arizona Public Service (APS) next and this time it was procurement. Here King got his first experience with and having responsibility for supplier diversity. Over the next six and a half years, he rose through the ranks until he was looking for new challenges.

In 2016, King got the dream job. It was a CPO position and it was back home in the greater Philadelphia area. His team created a five-year strategic plan. They started with data analytics (“Data is king,” he says), leveraging technology, and drove the strategy from there. The team was divided into regional groups so they could better service their internal customers. King put regional supplier diversity presence in each of the offices as well. That might sound like a large team, but they run pretty lean.

“We have to watch how we spend our time,” he says, valuing time as a precious resource. “There is only so much bandwidth, so we try to find ways to use technology and good communication to keep the vetting time to a minimum.” Part of that good communication is letting suppliers know what American Water expects to hear from them. King explains, “I want to know what their secret sauce is. They need to be able to articulate the value add they have that their competitor doesn’t have. We aren’t going out to bid or unwind an incumbent supplier for more of the same.” 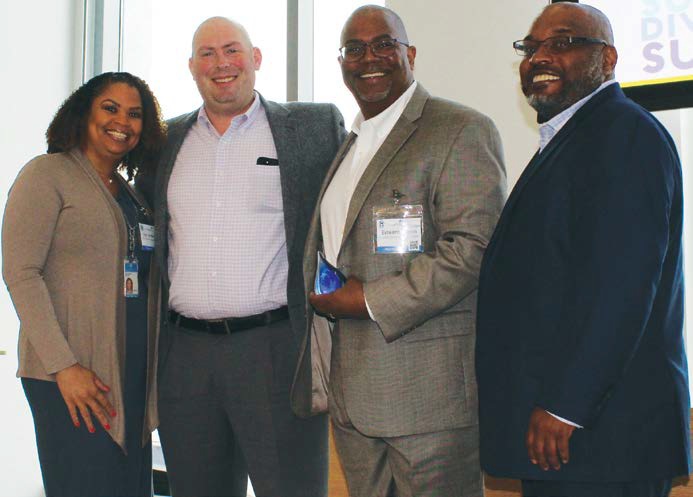 He was frustrated by the hit or miss results they were finding at some of the traditional matchmaking events. So, the team started hosting their own events around the regions and at their new corporate headquarters in Camden, New Jersey. “We start with our needs and invite based upon that.” There is no hit or miss at their events. They include senior management, supplier diversity advocates, the people buying the goods and services, a few of the folks who actually use them, and usually some value add in return like speakers on topics smaller businesses may need.

The pandemic hasn’t dampened their success rate. Now they have the events in a virtual format. “It has allowed us to include more companies and we don’t have to be as concerned about what it costs a company to attend,” King notes.

So, what’s next? King predicts, “Mobility and technology are going to change things. It will provide an opportunity for diverse business owners as companies become more focused on specific pieces of business instead of trying to be all things to everyone.”

Undoubtedly, American Water will be at the forefront of that as well, delivering award-worthy results and making it look seamless. Good leadership is like that.