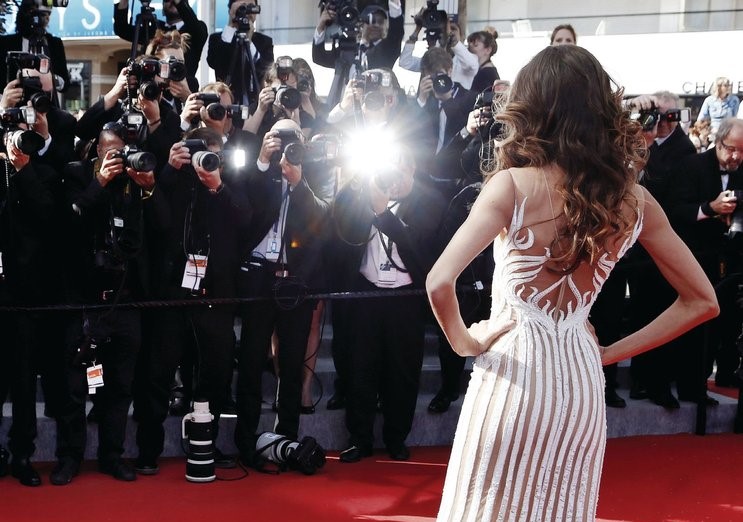 She is the successful writer and producer behind hit TV shows “Grey’s Anatomy,””Scandal” and “How to Get Away With Murder.” She has won a Golden Globe Award and was nominated for three Emmy Awards. Her diverse and controversial shows are known for rendering complex characters of all ethnic backgrounds. This Hollywood powerhouse, otherwise known as Shonda Rhimes, has inspired us all to want to be a “titan.” However, even titans can crash and burn.

Fueled by the passion of her dream job and loving every minute of it, Shondaland, Rhimes’ production company, has Thursday night TV locked down. She is responsible for writing, directing and producing 70 hours of quality TV each season. Working 15- hour days as well as weekends was quite normal. During the February 2016 TED Talk (X) in Vancouver, Rhimes shared her account of what happened when the “work, work, work, work, work” caused her to burn out and almost lose the dream.

“When I am hard at work, when I am deep in it, there is no other feeling,” she explained during the TED Talk. “For me, work is at all times building a nation out of thin air. It is manning the troops. It is painting a canvas. It is hitting a high note. It is running a marathon. It is being Beyonce – and it is all of those things at the same time.”

Rhimes passionately described this feeling as “the hum.” Then one day, this “hum” disappeared. The fuel that powered Rhimes’ engine for so many years began to evaporate as she began feeling overworked and overused. While she continued working the long hours and doing the same work she once loved, the sweet music was gone. Her daughters, who were aged 12, 3 and 1 at the time, may have been her saving grace.

During this confounding period, Rhimes began to contemplate questions like, “What do you do when the thing you do, the work you do, tastes like dust?” and “When the hum stops, who are you, what are you?” Then one day while heading out the door, Rhimes’ toddler at the time asked if she wanted to play. Rhimes’ response was a straightforward “yes.” Playing with her daughter was pure joy; it was the opposite of work and it made her happy.

“The real hum is God’s whisper in my ear. It’s just love,” she endearingly explained.

This simple yet out of the ordinary response of saying “yes” was the beginning of a profound paradigm shift that prompted Rhimes to be still and focus on the things that really matter.

Rhimes reminds us that life is about saying yes to more play and even to the things you may have once feared. For her, this has included public speaking and even acting.

“year of yes: how to dance it out, stand in the sun and Be your own Person”

Executive Producer Shonda Rhimes’ endless list of award-winning television shows may have propelled her to primetime, but it took slowing down for the ruler of Shondaland to finally “hum” her own happy tunes off screen.

“OFF THE MAP” (2011): American medical drama television series about challenges faced by six doctors practicing in a remote Amazonian village

2. “SCANDAL” (2012- ): nominated for NAACP Image Award for Outstanding Drama Series in 2013; American political drama television series focused on a crisis management expert and starcrossed lover of the President of the United States portrayed by Kerry Washington

3. “HOW TO GET AWAY WITH MURDER” (2014- ): Legal drama series revolving around a criminal defense attorney, played by Viola Davis, and her law students who themselves get caught up on the wrong side of the law

4. “THE CATCH” (2016): American mystery crime drama television series based on a novel that follows Mireille Enos’ character – a California-based private investigator whose fiancé commits fraud against her