Addressing the roadblocks to success experienced by minority business owners.

Considering the challenges this year has already presented and looking ahead at the workplace environment of the future, it is important to recognize the hurdles that minority, underrepresented, and female entrepreneurs face. As they pursue their goals every day, the best way to help solve these challenges is to first bring awareness to and discussion around these topics, and then, most importantly, provide support and take action to usher success.

The Perception of Being Superhuman

Something not often talked about is the notion of having to be “superhuman” as a career professional and entrepreneur. Mistakes and trials commonly occur in the growth trajectory of trying to get to the next level professionally. Oftentimes with minorities, people aren’t quite as forgiving when mistakes are made. On the other hand, with populations who are not part of the minority, mistakes are celebrated and seen as “taking risks” or “being bold”. For minorities, this can create judgment and negative views toward failure, keeping them from trying different things that can lead to promotions and opportunities. But many times, when decision-makers are looking for new projects or hire prospects, they are seeking risk-takers and “bold” movers. 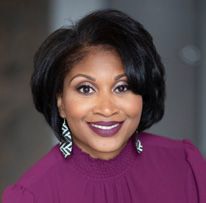 Code-switching is a hot topic in the DEI world, something that minority career professionals and entrepreneurs face often—usually daily. According to the BBC, code-switching is when “a person in a minority group tones down some of the most obvious elements that associates them with their community in order to fit into a more mainstream group.” It happens often in the workplace, sometimes as a survival mechanism. One may change their speech patterns and vernacular, how they reference things in their personal life, and their general attitude and mannerisms, as a way not to be judged or chastised in community or at work. Managers, supervisors, and leaders need clarity and awareness in regard to code-switching and authentic communication.

Being a minority entrepreneur comes with inherent barriers to entry that create roadblocks to success. These include barriers to networks, resources, and more. Lack of access to mentorship is another. In the dominant narrative of white-male representation of success, one can find many examples of mentors who look and talk just like them. But in the case of minorities, it can be difficult to find a mentor who “looks” like you. At times, when a minority person does achieve success, they may feel isolated since there’s less representation at the top, leading to feelings of imposter syndrome. As a result, minority business owners are often working in their business as a “tactician” since they don’t have access to assets that make business growth evitable.

The Issue of Intersectionality

Diversity is an expansive and complex topic. There isn’t just one dimension that defines one’s identity, there are multiple interweaving layers. Being of a different race is one, but then there is gender identity, sexual identity, age, income and wealth, and so many other attributes where identity intersects. These layers can add up and create more of an oppressive situation, which is why DEI is crucial to create space for authenticity and pathways toward success. To create a future with better models, critically examine why there’s not more representation and intersectionality in these leadership roles.

Outside of the challenges listed, many, even minorities, have some sort of privilege. Whether it’s our status and position in a business, or our income—use that privilege as a resource for others. Champion to directly support underserved and minority communities—whether it’s through mentorship or coaching, creating public discussions on understanding their lived experiences, expanding and offering out networks, or building relationships.