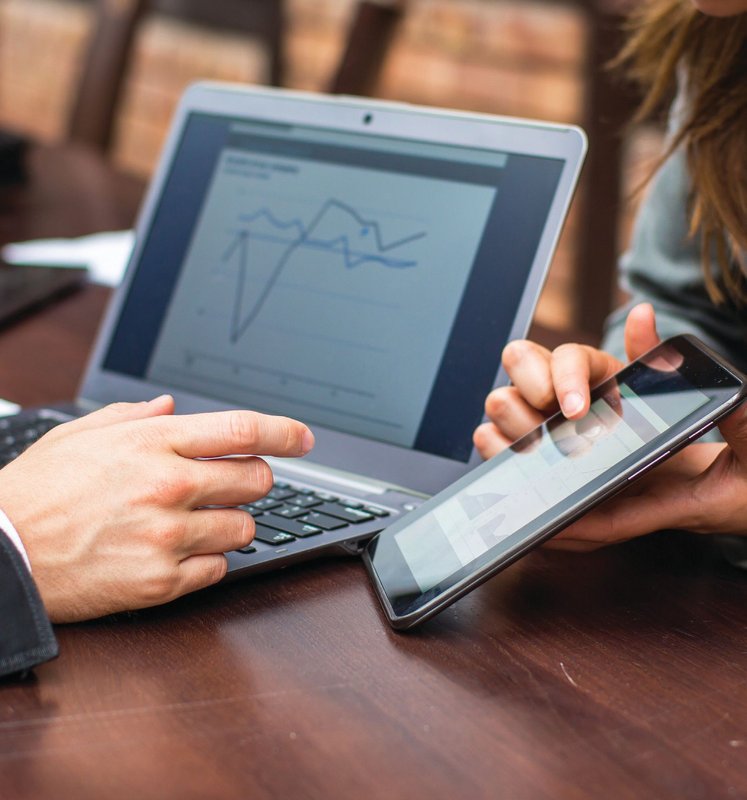 THE NEXT STEVE JOBS JUST MIGHT BE NAMED Stephanie

Learning to code and taking computer technology classes in high school just made sense to Stephanie Lampkin, founder of Blendoor, which enables technology companies to search for diverse talent in a streamlined and unbiased manner. After all, her aunt graduated with a computer science degree in 1984 and worked in information technology, so as Lampkin stated, “In my mind, computer science was always a black woman.”

Similar to the humble beginnings of late Apple CEO Steve Jobs, who developed a love for engineering early on, Lampkin also began nurturing her passion for coding at a young age. As a high schooler, she competed in computer science competitions throughout the U.S. She earned an engineering degree at Stanford and an M.B.A. at MIT Sloan while working at companies such as Microsoft, TripAdvisor and Lockheed Martin.

Throughout her education and early work experience, Lampkin noticed a discrepancy between her perception that color and gender do not affect a person’s ability to succeed in the technology arena and the reality that companies were not hiring women and people of color.

“This is not a pipeline problem because the talent is there,” she pointed out.

Her “aha moment” that led to the creation of Blendoor came when she was told that she did not quite have the technology skills for a job at Google, but she would be considered when a sales job became available.

“I had been coding for 17 years and had worked at Microsoft for several years,” exclaimed Lampkin.

Realizing that there are biases, even if unintended. That keep qualified people out of the running for technology jobs, Lampkin created a software solution focused on eligibility and experience. This bold move is akin to Jobs, who cleverly created a computer platform development company when he was forced out of his own company. Apple bought his company and Jobs was named CEO once again.

Taking matters into her own hands, Lampkin developed a mobile app that connects job seekers with employers but hides the photo, name and gender of the applicant.

“This process eliminates subconscious biases and enables the recruiter to focus on the qualifications and skills,” she explained.

Nineteen technology companies committed to the pilot of the mobile app. Which kicked off in 2015 with 2,000 candidates already having participated. Blendoor officially launched March 11 at the SWSX Interactive in Austin. Texas.

Feedback was critical to ensure the product worked for human resource professionals as well as candidates.

“We’ve constantly reworked and enhanced the application throughout the process by asking for feedback early and continuously,” said Lampkin. “I learned about features s and priorities for each group that 1 would never considered without their feedback.”

When asked what was most difficult about starting a new company, Lampkin quickly answered “capital.” Raised by a single mother, she did not have a pool of family members who could help fund her startup.

“I also faced the reality that venture capitalists had never heard of a woman of color pitching a business startup,” she added.

The second challenge for a startup is the human capital component.

“I was solo for the first six months as I began looking for cofounders,” Lampkin remembered. “My expectations for a co-founder’s incentives and opportunities were very different than their expectations, so it took time to find the right team members and to negotiate equity agreements.”

The challenges and long hours involved in the startup of her company were well worth it. Shared Lampkin.

“I see Blendoor as the de facto recruitment strategy for the future. In one year. I expect the application [will be] firmly established in the technology industry and expanding to other industries, such as financial and insurance services.” She stated.

Steve Jobs’ creative solutions and support of fellow entrepreneurs revolutionized six different industries. By removing bias in the recruiting process to open doors for future tech innovators in various fields, Stephanie Lampkin just might be the next Steve Jobs.