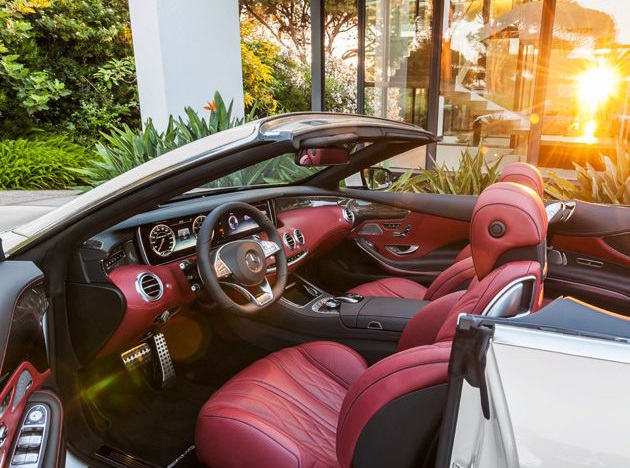 You’re a successful diversity professional, and no matter your color or culture, most of us share a passion for some form of transportation on wheels. Be it skates, bicycles, motorcycles, cars and trucks, or even buses or trains, somehow we’ve got to get from “A” to “B,” and not just in business. With widely varying price points, this list of “Lucky Seven” are among the best cars and light trucks the automotive market offers for 2016.

During the 1930s, Cadillac was one of the most coveted marques in the world. The flagship 2017 CT6 sedan will certainly move the brand closer to re-attaining world-class status. With a lightweight aluminum and steel body structure, and the choice of turbocharged four, naturally aspirated six and 400-horsepower twin-turbo six cylinder, this all-wheel drive (six-cylinder only) Caddy is full luxe, with impressive build quality and high-end interior comfort and convenience features. The all-new CT6 is set to compete with big dogs, such as BMW 7 Series, Lexus LS, Audi A8 and Mercedes-Benz S-Class.

The 2017 S-Class ragtop returns with cutting-edge technology after a 44-year hiatus, and it’s all about extending top-down fun throughout all four seasons.

THERMOTRONIC Intelligent Climate Control uses sensors and actuators to automatically ensure a serene cabin environment when the top is up or down. In addition to temperature, built-in technology also detects the level of solar radiation. A sensor for air quality and harmful gases constantly monitors the quality of the outside air being drawn in.

Have several kids but despise minivans? You’ll stop drinking minivan “haterade” when you test drive the 2017 Chrysler Pacifica. It’s smaller than traditional minivans, yet packs a lot of muscle in its smaller frame. Pacifica features available eight-passenger seating with an astonishing 243 possible seat configurations. Parallel and Perpendicular Park Assist take the fuss out of parking. On the safety front, forward collision warning with brake mitigation, lane departure warning with mitigation and rear park assist with auto stop are features not normally found in vehicles at Pacifica’s price point. A built-in powerful vacuum cleaner is located within easy reach in The second row to suck up those after-school snacks that cement your status as soccer moms and dads. For the fuel economy-conscious, the available Pacifica Hybrid offers a minivan best 80 miles per gallon-equivalent and a 530-mile driving range. The hybrid battery pack fits under the floor in the second-row seat area, and can be fully recharged in two hours using a 240-volt power source.

When Hyundai launched the Equus luxo-sedan in 2011, it did so with the Mercedes S-Class, Audi A8, Lexus LS and BMW 7 Series dead in its sights. For 2017, the bar is raised even higher with the introduction of the ultra-luxury “Genesis” brand. The first of several Genesis models will be the G90 (replaces Equus) and it is loaded to the gills with comfort, convenience and safety features. Choose twin turbo V6 or naturally aspirated V8 power, and rear-wheel or all-wheel drive. Wireless charging up front keeps you juiced, and a 22-way power adjustable driver’s seat coddles you as you listen to Lexicon 17 speaker premium audio. Prices have not yet been determined for the G90, but it is expected to launch in fall 2016.

In the mid 1960s, Ford launched the iconic Mustang, and it was an immediate sales hit. Not content with letting Ford enjoy all of the sales glory, General Motors launched the Chevrolet Camaro and Pontiac Firebird, and Chrysler answered with the Dodge Challenger and Plymouth Barracuda to compete in the new “Ponycar/ Musclecar” segment. The Firebird and ‘Cuda are no longer produced, but rest assured, the Musclecar war continues. And while the current three offer incredible performance and handling at very affordable pricepoints, the current frontrunner is the Dodge Challenger. Offering a base 305 horsepower V6, the Challenger can also be outfitted with several V8 engines, including the supercharged 6.2-liter, 707 horsepower “Hellcat” engine. With the Hellcat, the battle for the top U.S. Musclecar is in full swing. Chevy is rumored to be working on a near 700 hp Camaro, and Ford no doubt is hard at work to attain bragging rights over the coveted title.

At just $62,495, the Challenger Hellcat is arguably the pound-for-pound best performance car buy in the industry, regardless of brand or motoring pedigree.

Need a versatile vehicle with nearly 30 mpg highway fuel economy? If your answer is yes, the 2016 Range Rover Sport HSE Td6 is for you. And who doesn’t want a “Range,” the current must-have luxury SUV? While “Sport” models are not as luxurious as big brother Range Rover, they’re still outfitted in proper British luxury fashion. Bluetooth, panoramic glass roof, touch screen infotainment, a powerful audio system and power tailgate with hands-free open/close are among myriad convenience and comfort features. The “d” in the Td6 moniker stands for “diesel” as this model Sport is motivated by the thrifty and powerful 3.0-liter, 254 horsepower, turbocharged diesel engine. You’ll save hundreds in fuel costs over a gas powered Sport model. For example, Td6 Diesel engine gets 29 mpg to the V6 gasoline model’s 23 mpg. Sport Td6 prices begin at $71,450. Gasoline-powered models start at $64,950.