While Latinos make up one quarter of students in public schools and 17 percent of the undergraduate population, Latinos only represent four percent of the total number of our U.S. higher education faculty. Two professors are on a mission to change that statistic, and have already made great strides in doing so.

“The statistics are heartbreaking,” said Dr. Cinthia Satornino, assistant professor of marketing, at the University of Connecticut’s (UCONN) School of Business. “Hispanic students are entering college at similar rates as their peers, but the drop-out rate for them is approximately 50 percent.”

When Satornino graduated with her Ph.D. in marketing from Florida State University, she became only the 26th Hispanic woman to attain that status in the United States.

Satornino joined the UCONN School of Business faculty in January 2017, just months after participating in a White House summit, Fulfilling America’s Future: Latinas in the U.S., where she spoke as part of the Latinas in Education: Reaching our Full Potential panel. Satornino shared information about the role that Latinas specifically, and Hispanics overall, play in a thriving economy.

The invitation to the White House came on the heels of an April 2016 event at Northeastern University, conceived and implemented by Satornino while serving as the co-chair of the Committee for Hispanic Excellence in Business (CHE), a PhD Project/White House Initiative. The first-of-its-kind program united business schools, employers and policy makers to address the struggles of Hispanic students.

The PhD Project, an award-winning program to create a more diverse corporate America, joined nearly 150 public and private sector organizations to answer the White House Initiative on Educational Excellence for Hispanics’ call to action in October 2015. As part of its Commitment to Action, The PhD Project is utilizing its network of over 1,600 minority business faculty and doctoral students (this includes 423 Hispanic-American members) to enhance outreach to Hispanic-American students to improve their completion rate.

“This summit was just the beginning. The PhD Project Committee on Hispanic Excellence continues to formally recruit Hispanic-American business professors to serve as mentors to Hispanic students with the purpose of facilitating the students’ successful completion of their undergraduate and graduate degrees through one-on- one mentoring,” said Bernard J. Milano, president of The PhD Project and the KPMG Foundation, co-founder and lead funder of The PhD Project. “These mentors will also ‘plant the seed’ encouraging these students to consider a career in business academe, thereby creating a new generation of Hispanic-American mentors, and increasing the reach of the program exponentially each year.” 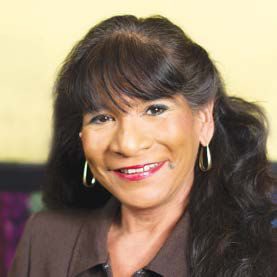 Dr. Laura L. Trevino, an associate professor in the Department of Accounting and Information Systems at the University of Texas, El Paso and the first tenured female Hispanic Professor in Management Information Systems in the U.S., hosted another CHE summit in El Paso, Texas on October 20, 2017. Dr. Trevino was appointed to the White House Initiative Committee on Hispanic Excellence in Education in 2015, but has devoted her entire career to promoting excellence in the Hispanic community. Dr. Trevino’s students have performed over 350 community service projects, such as robot presentations at local elementary schools, web design for non-profit organizations, and training programs for K-12 teachers. She believes that getting the students “out in the real world,” where they can practice the skills that they are learning in the classroom, prepares them more thoroughly for the jobs they will eventually acquire.

The 2017 Southwestern Diversity Summit in El Paso focused on Access and Opportunity in Higher Education where diversity experts, government officials, and business leaders gathered to discuss the unique set of challenges and opportunities for Hispanic students in the Border Region. Representatives from Arizona, Texas, and New Mexico participated in the Summit.

“Students desperately need role models and mentors to show them the incredible opportunities that are available to them, to increase their professional expectations, and to prepare them for the challenges that lie ahead,” Trevino said. “The Diversity Summit brought focus and attention to the needs of the Hispanic student. It also created awareness, as well as valuable partnerships and relationships with organizations with an interest in increasing corporate diversity.”

Through their hard work and dedication to improving education in their communities and beyond, both Dr. Satornino and Dr. Trevino serve as influential mentors to students and future generations of Hispanic business leaders.

The U.S. Census reports indicate that Hispanics will make up 31 percent of the U.S. population by 2060. Today, 134 Hispanics hold 172 board seats out of over 5,500 total seats in the Fortune 500, representing just more than 3 percent of board seats.

According to the U.S. Bureau of Labor Statistics, Hispanics will account for 80 percent of the total growth of the labor force from 2010 to 2050, doubling from just 15 percent to 30 percent, and making up nearly one-third of all workers.