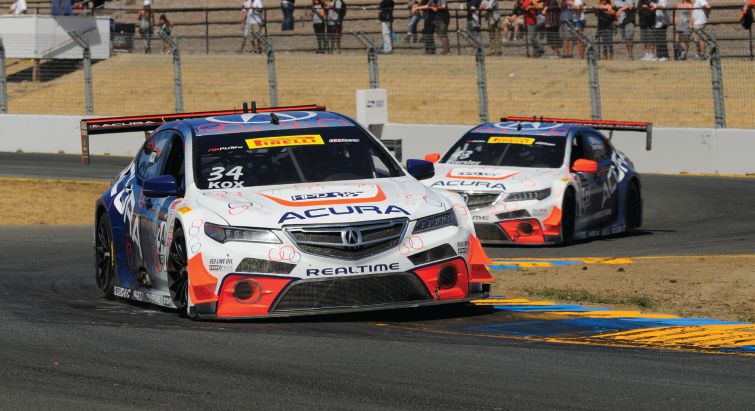 Senior manager of procurement, Charles Harmon, was instrumental in initiating the new department, and has tasked Brian Butts, manager of Procurement Inclusion and Diversity, with taking a leadership role in running the department. Butts is excited to be leading the newly created team focused on enhancing diversity and inclusion.

“I’m looking forward to the opportunity to provide leadership in this area,” he said.

Butts shares his department has the support of Honda’s executive management, which lends credence to the importance of this initiative.

“It speaks to the commitment of our company – at the core, we are committed to inclusion and diversity,” he said.

Although the company now employs more than 28,000 associates in the U.S., Honda began its U.S. operations in 1959 with just eight employees in a humble storefront in Los Angeles. The company’s success, according the Butts, is due in part to its founder’s focus on encouraging diverse points of view.

“Respect for the individual, the foundation of Honda philosophy, is very deliberate and prescribed,” Butts stated when asked about how diversity plays a role in the company’s DNA. Associates are encouraged and expected to share their opinions. “We are a company based around a set of core values, including the power of dreams, challenging spirit, passion and respect,” he added.

That commitment is demonstrated in the organization’s systematic process of working with diverse suppliers, diverse associates and partners throughout Honda’s operations.

The new Procurement Inclusion and Diversity department is continuing to define itself. But the idea of attracting minority, women and veteran entrepreneurs is not a new concept. In 2015, Honda spent a total of $3 billion dollars with Tier 1 companies.

“We recognize suppliers are critical to our success, but we seek qualified suppliers, not simply minority suppliers,” he said. He fully has an understanding of the role supplier diversity plays in helping the company meet and exceed its goals.

“This is not simply lip service at American Honda. The company sets measureable goals, reports its efforts and strives to constantly improve,” Butts said. To coin a sports analogy, “[Honda] wants a good, solid bench of suppliers who can perform. There needs to be a good fit and a winning strategy for mutual successes. We believe our supplier partnerships should resemble the vast diversity that makes up the customers who purchase our products.”

At press time, Butts has only been in his role for four weeks but intends to strengthen Honda’s process and continue collaborating with its partners.

“Our diversity partners help to define and round out American Honda’s diversity efforts,” Butts said. “I am very pleased and proud of our long-term partnerships with diversity-focused organizations.”

Having spent 23 years in sales and marketing, he has seen the company grow substantially over the years. Butts is jubilant with excitement about his newest assignment, where he serves in a first time role with the Procurement Inclusion and Diversity department.

“Sustainability is important to us as we seek to attract partners for long-term relationships, so we can collectively exceed our customers’ expectations,” said Butts.

One of the ways he hopes to influence and enhance the company’s efforts is to get Honda’s Tier 1 partners to properly identify MWBE Tier 2 suppliers. Not only are the efforts of the Procurement Inclusion and Diversity team important, Butts also envisions growing suppliers through internal leverage.

“I am interested in the seamless connection between my group and each of our individual business units,” he said.

As a diversity professional, “I am personally very proud to lead this brand new team into an inclusive way of life at American Honda. Bottom line, we are a company focused on diversity, and philosophically the Honda way is what we live by,” concluded Butts.