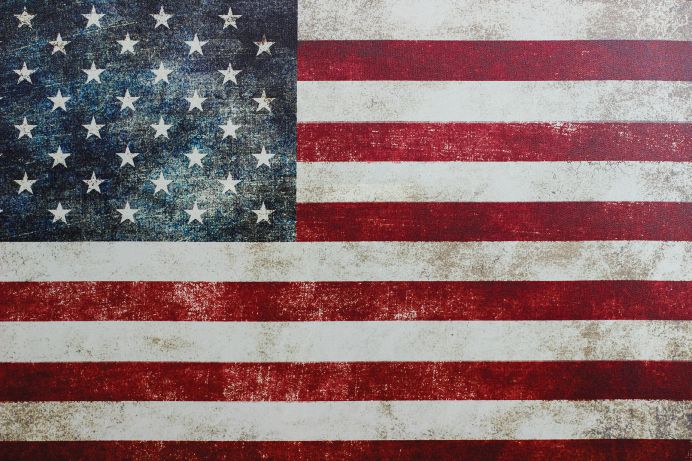 Well here we are. Blame it on fake news as much as you like, but take it from this frequent traveler, the victory of “45 ” was a long time coming and not particularly surprising.

The big question now is simply “Now what?”

To answer this, we need to look at how we got here, how we are all responsible and how can we fix what is broken. This will take humility, empathy, education and determination, so lace up your bootstraps. We got work to do.

Let us first remind ourselves of the playing field on which we stand. Our country has changed in the last 50 years, and many want it back the way it was. Women as a whole are more educated than men, are starting more businesses than men and, yes, as a matter of percentage, black women are leading this pack in both categories. Do not underestimate how different and Important this is when it comes to how our nation identifies itself as a whole.

There is a major drug epidemic in the middle states; the demand for coal and oil have decreased, and America is becoming more and more brown due to the rapid growth in numbers of Hispanics, Asians and multiracial Americans, along with the more moderate growth of blacks and other non-white groups.

With respect to our politics, the GOP is in complete control of the country, and the DNC has lost significant ground in the majority of both local and national elections (governors, mayors, senators, congressman, judges, etc.), meaning a disproportionate number of laws are made by one party on all levels of government.

Many of us only turnout to vote during presidential elections and, even more, apply a king-like position to the president. With this in mind, it is also Important to remember the coasts (east and west) do not elect presidents. In every scenario, it’s almost a foregone conclusion how each of these states are going to vote. Sure, Pennsylvania was a “surprise” this time, but in general, coastal states are almost never in play. A quick look at the average citizen in these states also highlights certain demographic differences.

If you live in these areas, you are more likely to be college educated, have a passport, a larger median income and experience a lower level of unemployment. This makes it that much more difficult to be misled by rhetoric and empty promises.

On the contrary, if you do not live in any of the coastal states, some of the opposite may be true. You may be more likely not to have a college degree, experience a higher level of unemployment and therefore have a lower median income with not much (if any) travel experience. Additionally, for the first time in our country’s history, you can also expect your life expectancy to be falling. These last two points are very critical to how we got here, so think about that—a lower life expectancy and no travel experiences beyond your local area. If you live under these conditions and someone you respect comes along and says “Only I can fix this,” you just may be more inclined to listen and believe them…even if their rhetoric appears too good to pass up.

I’m going to go out on a limb and assume the average person reading this lives in a coastal state. I’ll include the metropolitan areas of Atlanta, Dallas and Houston into this assumption as well because these locations share many of the same demographics I mentioned earlier.

So to each of you, I will simply ask when was the last time you spent any real time in the interior of the country? And I don’t mean going to conferences staying in a -four-star hotel and eating at the best restaurants in the area. I mean actually sitting down in a local diner or local bar and having a real conversation with a local resident, in locations like Madison, Dubuque, Kansas City, Cleveland and Pittsburgh?

When you think of these places, do you immediately think of the Bible Belt or write them off as ill-informed talk radio devotees? You wouldn’t be alone. This is how the label “Limousine Liberal” is applied…a name many of you may not be familiar with. These conditions create a perfect environment for nationalism, us versus them and a general contempt for the so-called “lame street media” or “liberal elites.”

The flip side to this coin is good old-fashioned personal responsibility. As a black man who grew up in the late 70s and 80s under the politics of President Ronald Reagan and Ward Connelly, I cannot help but recognize the irony that it is now white men who are also poor, drug addicted, under employed and poorly educated receiving the message “Pull yourself up by your boot strap” without much in the way of resources.

It would almost be funny if it didn’t have real world consequences on the level we are seeing today. My family received that message long ago and thankfully made decisions to do just that. Not all of us have been able to do it, but we continue to work at it. The key point in this is we did not feel entitled to anything and knew all along we would have to work very hard at the American Dream. To be brutally honest, many Americans do have an entitlement issue, and it plays out in our politics.

After decades of voting against their own interests, our fellow citizens in the interior states failed to receive the jobs of the future because they didn’t accept that the future wasn’t going to be in fossil fuels and the manufacturing jobs of the past. This is the draw to the mantra “Make America Great Again,” and the belief we need to return to a time illustrated by “Leave it Beaver.” I find it extremely difficult to translate this any other way than “We need to save America from non-white people.”

You see, it’s easier to blame Mexicans and President Bill Clinton for stealing your jobs if all you hear is a plant is moving to Mexico and all this started because of the North American Free Trade Agreement (NAFTA). In fact, the downward trend of life expectancy among white men in the interior states began in 1999, a mere five years after NAFTA was signed or, to put it simply, right when the first round of factories begin to close.

It’s far easier to blame scapegoats rather than accepting that a robot stole your job; the market has rendered coal obsolete, and green energy is actually okay. Again, irony arrives because these are Republican programs and ideas, save green energy, yet they run on platforms that don’t mention any of this because success is easier under division.

So, back to the original question, “Now what?”

I am sorry to say there is no silver bullet. It’s time for a civics lesson and a return to social studies. We need to be reminded how our government works. There are three branches of government on the national level, several layers on the state level, and each are important

If insanity is doing the same thing over and over and expecting a different result, then it’s time to change our representatives, especially at the legislative level. We all need to look at how we spend our money and whom we spend it with.

Lastly, many of us have family members who live in the interior states. Until now, the standard expectation was not to talk politics at family gatherings.

Change that! Talk politics! Share your thoughts and concerns, but be sure to listen more than lecture. Have the fight or at least the uncomfortable conversation.

Once we do all of this, start a business and run for public office. If we do this, I am confident our country can heal because it always has. We just need to fight for it. The problem and the solution are one in the same…US.