The quintessential entrepreneur who paved the way for minority leaders.

Black Enterprise magazine founder, renowned publisher and business titan Earl G. Graves, Sr. created a media hub of information and advocacy that inspired four generations of African American leaders. On April 6, 2020, associates and fans around the world took to social media to share the devastating news of Graves passing after succumbing to a long battle with Alzheimer’s.

For decades, Graves cultivated the success of African American leaders and built a platform for entrepreneurs to share their stories that might have been ignored by mainstream media. As the former chairman and CEO of Pepsi-Cola of Washington D.C., he spearheaded the largest minority-controlled Pepsi-Cola franchise in the U.S.

Raised in Brooklyn, New York, to West Indian immigrants, Graves always found ways to make money. At the age of six, he sold Christmas cards to his neighbors. While he attended Morgan State University, he held two jobs. In 1957, when Graves graduated with a bachelor’s degree in economics, he felt the need to do more. However, due to the adversity and hardships of finding a job in corporate America as a minority, Graves struggled to fit in. He happened to write a letter to the Democratic National Committee (DNC) and soon found himself volunteering for the 1964 presidential campaign. His work there landed him a permanent role as the administrative assistant for President Robert F. Kennedy until Kennedy’s assassination in 1968. 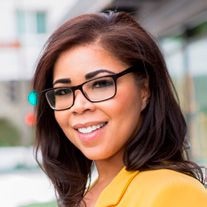 The knowledge, power and wealth Graves experienced during his time at the White House, stayed with him through his professional career. He felt compelled to share with others what he had experienced. In 1970, Graves published the first full-fledged African American publication and birthed what we all know today as the Black Enterprise magazine. It took Graves years convincing corporate America that minorities could be business leaders. Despite such challenges, Black Enterprise turned profitable by its tenth issue, becoming the premier resource for entrepreneurs, small businesses, and financial content for all Americans.

“The premise of the magazine is to say to African Americans that you too can have a piece of the economic action of this country,” Graves once said in an interview. Because of his work, Fortune magazine named him one of the 50 most powerful and influential African Americans in corporate America. In 2007, Graves was inducted into the U.S. Business Hall of Fame for his contribution to enriching the economy and for inspiring young leaders to pursue careers in business and finance.

Today, Black Enterprise is one of the largest multimedia companies in the world. It has become an essential news hub of how-to information for business executives, entrepreneurs, and decision-makers. During his time, Graves was the most compelling voice behind the evolution of minority-operated businesses. He provided real economic opportunities to the underserved communities, ushered in a new era of talent and kickstarted the business careers of many.

Earl G. Graves Sr. will forever be the Godfather of Black Enterprise.