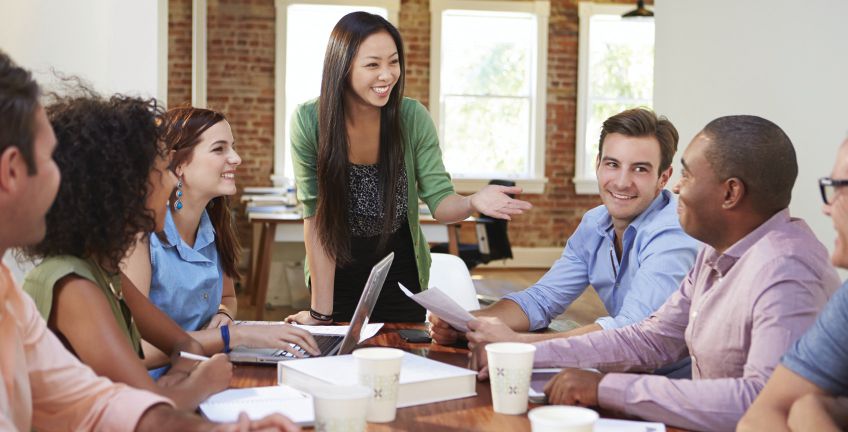 DIVERSE BY 2025: WHY TRUE DIVERSITY IS STILL A CHALLENGE

Year after year, research has indicated a significant increase in workplace diversity. The 2014 and 2016 studies by Oxford Economics and SAP found a 67 percent increase of diversity within the general workforce while higher level leadership levels have seen up to a 40 percent increase.

It is no secret significant and lasting changes generally are driven from the top level of an organization. With the recent media coverage of diversity issues among law enforcement and authority figures, there are growing concerns that are bound to carry over into the workplace. More importantly, it is in the minds of leaders who are already challenging the need for more focus on diversity in the workplace.

Community concerns and activities have a direct impact on corporations. Surprise! The same people who live in the community also work in the community or relate to what is happening in other communities. These challenges result in the need for diversity sensitivity and awareness among all employees.

The issue is diverse employees relate what is happening in the community to what they are experiencing at work. And colleagues may try to pretend it does not exist or that it is not true for their co-workers within the corporate community. At any rate, there are some challenges that still exist in diversity and seem to be growing.

Current data indicates leadership is not as diverse as it should be, despite statistics showing diversity improves financial performance. Additionally, research suggests the possible benefits drive a need for diversity. However, there is still a struggle with achieving true diversity as a strategy across the corporate landscape.

We have seen both positive and not-so-positive responses to the actions of law enforcement against other races. Is there a lesson corporations should consider from what is happening in the communities? There is growing tension in the country to support the need for more inclusion racially, and corporate America is not an exception, based on the research.

Perhaps the momentum for diversity has to be driven from the bottom up to gain the traction needed to make a major impact and mirror the world we live in. But that is already the case as diverse candidates are largely found in lower level corporate jobs.

Diversity challenges are occurring in pay, promotional opportunities and lack of diversity at executive levels and on corporate boards. There is a pay gap between men and women. The often overlooked pay gap occurs between the majority and minority employees. According to results from a 2015 PEW Research Center study, the average hourly wages for black and Hispanic men were $15 and $14 in contrast to $21 earned by white men, only to be passed up by Asian men at $24. In the same research, Asian and white women, who earn $18 and $17 per hour, are higher than black and Hispanic women, who are paid $13 and $12. Asian and white women’s wages were also higher than those of black and Hispanic men. It is safe to say equal outcomes are not the same as equal opportunity or equal treatment.

Data and analytics are revolutionizing businesses. Why is this data not making an impact in pay disparity and the lack of diversity at all ranks in the workplace? Why are these results being ignored? The answer seems to be diversity and inclusion are needed, according to Intel CEO Brian Krzanich.

It appears the largest impact of inclusion efforts thus far from businesses to schools has been on the LBGT community. Sexual preference is another aspect of diversity that has its own challenges. Not new to the diversity challenge, sexual orientation appears to be making more advancement in equality than others. Are other aspects of diversity now falling to the sideline while the focus is on LGBT?

Some have responded to the difference in treatment of minorities by law enforcement. Private citizens have organized civil rights movements, such as Black Lives Matter. Public figures are also voicing their opinion, including San Francisco 49ers quarterback Colin Kaepernick, who, on several occasions, refused to stand for the U.S. national anthem during NFL football games in protest of social and racial inequities. Whether or not someone agrees with these public responses, being quiet about disparate treatment of minorities is no longer the answer, and people with influence are using their voices.

Perhaps the most recent actions occurring have been quieter in the media but more impactful in the long run. This action is the decision to support those who support you. Individuals are deciding to work for leaders and businesses that are letting their diversity results speak for them in their workplace. Secondly, they are spending money with companies that truly support diversity and inclusion.

Is this approach having an impact across all aspects of diversity (race, ethnicity, sexual orientation, disability, etc.)? Perhaps future data will soon be available to show which corporations are spending with diverse suppliers, and where diverse customers are spending as well. What do you think the results will show in 2025?