Unconscious biases are social stereotypes about certain groups of people that individuals form outside their own conscious awareness. In simpler terms, we judge people by oversimplified beliefs that may not have any relevance to the person or persons being judged. Biases can be based on just about anything from physical characteristic and lifestyle to economic status. Some common biases are skin color, gender, age, height, weight, parental status, marital status and speaking abilities or accents.

There have been a significant number of scientific studies, articles written, and psychological assessments created to explore unconscious biases. But are these pre-judgements unconscious or are they simply biases? There are two schools of thought on this issue. Some diversity and inclusion professionals support the scientific findings and believe that people can make decisions unaware of their biases. Others says that the unconscious bias claim is just an excuse used to justify prejudice, racism and discrimination.

Suzanne Weston, a writer and diversity consultant at IW Consulting Group, has researched and published articles on unconscious biases and she passionately believes in its validity and impact in the workplace. “We all have unconscious biases; they are embedded into our brains. We learn them from an early age, and we are not aware that they are there. They become a part of our thought process and can affect our behavior. In a corporate work environment, this can be problematic because biases can hurt individuals and the company,” she says. “We recognize the presence of unconscious bias in companies that lack diversity when most of its employees have similarities. For example, they may have all attended a certain cluster of schools. Decisions for recruiting, hiring and promotions may be based on some unconscious biases.”

Workplace biases can give certain people privileges while devaluing others. According to the United States Department of Labor, Black employees and job applicants file discrimination claims more frequently than any other minority group, and Black unemployment has historically and consistently been twice as high as that of white unemployment. Having unconscious thoughts about what type of person makes a good employee may create a racially exclusive environment. We have seen examples of this at play in the tech industry where there is an unprecedented low percentage of Black employees.

“Having biases and allowing them to affect employee selections are not right, but it can help to explain these exclusive behaviors many people exhibit. I believe that if we can understand what the root of the problem is, we can also understand the remedies,” Weston says.

In our current social culture where corporate CEOs have pledged to support the Black Lives Matter movement and to do more to address diversity and equity in their organizations, many Blacks in corporate America feel the clock has run out on talk and inaction.

A vocal and well-respected DEI professional on LinkedIn is Netta Jenkins, co-founder of Dipper, a data technology platform empowering companies to tackle diversity and inclusion. Jenkins travels across the U.S. and internationally working with startups and large corporations creating sustainable DEI strategies that break systemic gaps for underrepresented groups. She shares her viewpoints on unconscious biases and pushes for corporations to move forward.

“Frankly, I do not believe in unconscious bias. It is a lame excuse; we are all in a conscious state. In fact, the renewed movement demonstrates how heightened our consciousness is. Now corporations need to do their part to raise consciousness,” she shares. “The more their workforce is educated as to what constitutes racism, including and especially in the pervasive form of microaggressions, the sooner the workplace will become more equitable.”

Regardless of where you fall on the acceptance spectrum, most professionals know that unconscious or not, biases are bad for minorities and business. To address workplace impact, D&I professionals are implementing anti-bias initiatives.

∎ To minimize the impact of biases, some employers are removing race and gender identifiers from their online application process to ensure applicants are assessed solely based on skills, experience and talent.

∎ Next Level Unconscious Bias training like that offered by the Purpose Development Institute helps organizations create cultures where employees are equipped to transform D&I polices into a Diversity Purpose™ for adding value to the organization.

∎ Traditional ERGs (Employee Resource Groups) bring like employees together for a sense of belonging, but they do not promote inclusivity. Some companies are forming not-alike-employee-groups that bring employees of different ethnic backgrounds and cultures together for socialization. Getting to know people different than yourself can be effective in eliminating biases.

∎ Reassignment or removal of recruiters and managers who pose a potential risk to the company by being unwilling to make the necessary adjustments to overcome their biases.

Many D&I professionals feel that traditional training has not been effective to change bias mindsets and they are challenged to identify new approaches. Donald Jenkins, President and Co-Founder of Purpose Development Institute, a training and coaching company, believes his company has developed that new approach. “We are pioneers in implementing training solutions to help people consciously police biases through Purpose Management™. When individuals are engaged in Purpose Management, they are empowered to deconstruct biases that undermine the value of others. Instead of being unconsciously influenced by biases, meaning making plays a conscious role in producing attitudes and behaviors to add value to others,” he shares.

Biases are not logical so we must adjust our thinking. We can start with the realization that there is no group of people who are all bad nor is there a group of people who are all good. We must be accountable for our actions and move away from the unconscious bias to choosing to be “consciously unbiased”. In the current social climate of cancel culture and corporate callouts, diversity and inclusion require us to be deliberate and conscious of our thoughts, actions, and reactions. Corporations that understand the value of inclusivity and want to be on the right side of the diversity issue, will support their diversity leaders and empower them to do the work, and make the much-needed changes. 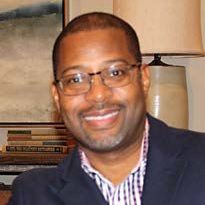 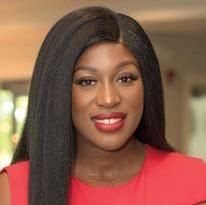