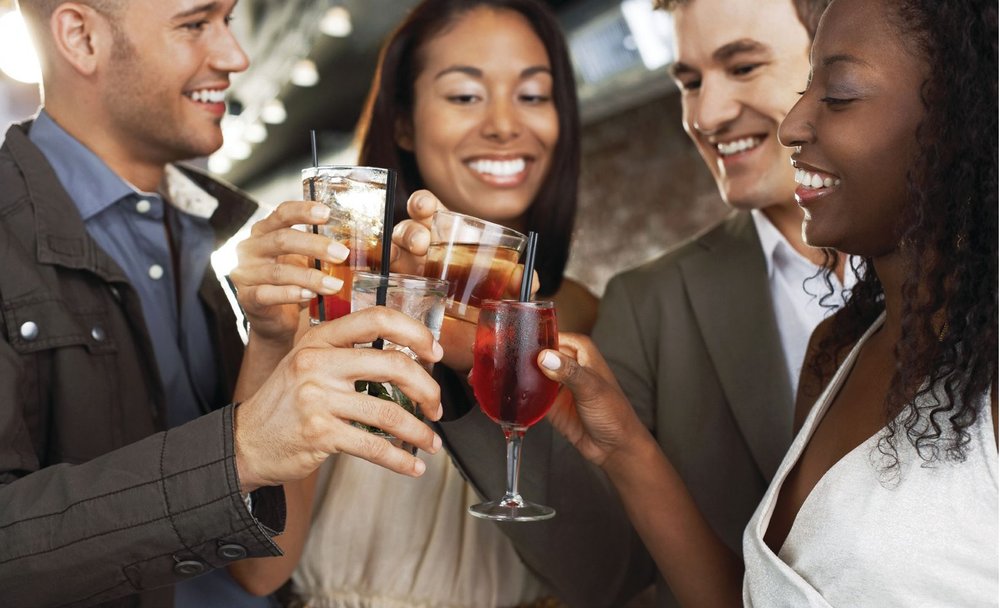 Do you know the ‘Unwritten Rules’?

Professionals who do not manage their alcohol consumption at corporate events oftentimes commit career suicide and do not even realize it.

In business settings, most do not know the unwritten rules nor do they know their personal limits. There are protocols that a professional should follow whether corporate events take place in a home, at a formal dinner, after work with peers or at the annual holiday party with free liquor flowing.

Cocktail Chronicles, an organization to inform and educate consumers on wine, spirits, beers and non-alcoholic beverages, hosted an event to tackle the controversial topic of consuming alcohol during work events. Held April 19 in Atlanta, Cocktails & Employers answered the question about “Drinking at Corporate Events: Do you know the ‘Unwritten Rules’?”

The conversation centered on proper etiquette while consuming alcohol with colleagues. Five professional panelists offered advice on how to maintain professionalism in corporate situations.

Forty-nine percent of workers polled through Cocktail Chronicles reported witnessing or experiencing embarrassing holiday party conduct because of excessive drinking. For liability reasons, employers should not defer to their employees’ knowledge of etiquette when it comes to these unwritten rules.

The discussion included proper techniques for handling your boss if he or she begins to act belligerently in public. A majority of the panelists stated, “You never want to embarrass your boss.” All agreed it was best to always be prepared, including having a plan and a designated driver.

“It’s all about knowing your boss and your relationship with him or her,” said Dr. Sam Sanders, director of academic affairs and human resources professor, University of Phoenix. “Depending on your working relationship, it may be okay to talk on the side and explain his or her behavior.”

Dr. Sanders added, “Plan an exit in advance with your significant other before you enter the party.”

According to Dr. Indigo Triplett, CEO, Careers inTransition, one of the first unwritten rules is that a minimum of one drink should be consumed while in social environments among mixed company.

“The only exception should be that either you’re pregnant or a known holy minister,” added Dr. Triplett.

One way that is certain to get the party off to a wrong start is not accepting a signature drink in someone’s home. Although the homemade cocktail may be loaded with an entire day’s worth of calories, the host has spent time perfecting the drink for his or her guests. It is gracious to try a sip by asking for a smaller pour rather than a fuller glass.

All organizations should make employees aware that they enforce employee conduct, discrimination and harassment policies while attending corporate meetings, whether or not they are held in formal settings. While drinking and attending work-related events, topics that should not be discussed include politics, sex, race and religion. These subjects should remain off limits, even when outside the premises of the job. Supervisors, managers and executives must set good examples as they often lead and guide discussions at these gatherings.

While under the influence, some may lose all sense of boundaries and begin to physically touch others, or even beyond. Whether it is a man or woman, a touch on the back or arm alone can be deemed as inappropriate. Your birthday suit is not appropriate for an office soiree. Also keep in mind that it opens the door for sexual harassment charges.

Another mistake is giving in to peer pressure as your co-workers, and even superiors, push you to consume more than the recommended one drink.

“I think it’s really a matter of the way you say ‘no’,” said Dr. Louis Primavera, a psychologist, dean of Touro College School of Health Sciences and co-author of “Taking Charge of Your Emotions: A Guide to Better Psychological Health and Well-Being.”

Experts advise banishing guilt when you utter that two-letter word. But do find a polite, firm way to decline.

“If you express hesitation or provide excuses that are not honest, you risk making the conversation much bigger than it needs to be,” pointed out Annie Grace, author of “This Naked Mind: Control Alcohol: Find Freedom, Rediscover Happiness & Change Your Life.”

Be careful not to criticize your host on why you are declining a drink, such as “I’m doing it for health reasons, and I discovered alcohol is linked to cancer.” The following offers alternative ways to politely assert when you have reached your limit:

“No, thank you, but do you have any Diet Coke? I could use the caffeine.”

“I have some work to do later, so none for me tonight.”

“Not right now, but maybe later.”

“No, thanks; I have an early morning.”

“Thank you very much, but I think I’ll pass.”

Keep in mind that, in some cases, declining alcohol may keep you from future invitations.

The fifth mistake that people make is talking loudly and oversharing information about themselves or business matters. It is recommended to speak in sound bites using your inside voice. Make an attempt not to be over zealous when speaking as people are judging your verbal and non-verbal behavior.

With summer fast approaching, so will the pressure of invites to attend gatherings. However, due to budget constraints, the business world has tightened up their laws on corporate card spending in cases where alcohol is involved.

The Society for Human Resource Management released its annual survey about end-of-the-year office fêtes. Thirty percent of the human resource professionals who responded said their companies do not usually have year-end parties for all employees.That’s the largest percentage recorded since the organization began conducting the survey in 2009.

This year, only 6 percent of managers surveyed said their company had cut back on the office party due to financial challenges as compared with 9 percent in 2013 and 20 percent in both 2009 and 2010 amid the recession. Additionally, many companies are passing out drink tickets to regulate employees’ consumption during work events.

Cocktails and Employers ignited dozens of controversial questions and sparked engaging dialogue between the panelists and audience. The audience was able to garner different perspectives and left with greater confidence in how to govern themselves when having a cocktail with superiors, peers and subordinates.